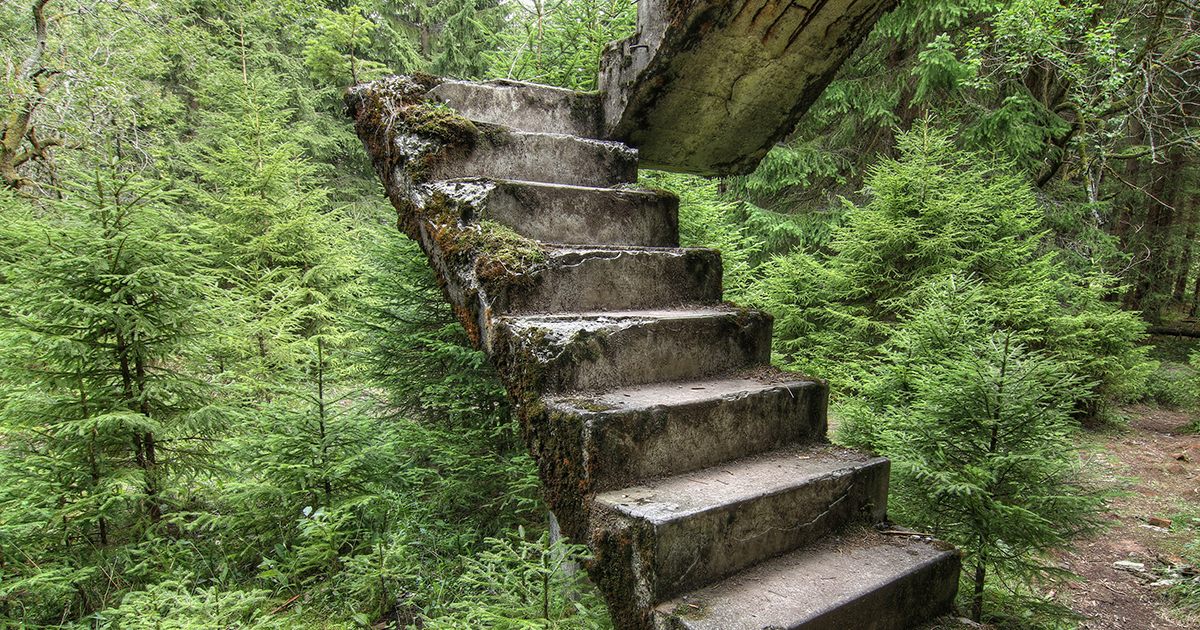 Imagine stumbling across a staircase in the woods that can’t be explained. A structure that stands alone with no other visible construction nearby — no foundations, no walls, and no vestiges of human activity. The concept is unsettling and a little creepy.

And according to some Reddit users, these staircases have popped up in forests all over the world with no explanation, even going so far as to link them to some terrifying feelings, strange experiences, and seemingly unexplainable phenomena.

These include everything from grass refusing to grow near the stairs to a general sense of uneasiness when near them. But is there anything substantial to these claims, or are they merely Reddit users’ attempts at creating short horror stories? Here’s the scoop on unexplained stairs in the forest.

The Geography of Staircases to Nowhere

A closer examination of Reddit users’ anecdotes about staircases to nowhere reveals some fascinating things about their geography. The first stories spoke primarily of parks within the United States, many of them within the National Parks Service. People claimed they’d seen stairs in various places, including the New England states, Montana, Michigan, and West Virginia. 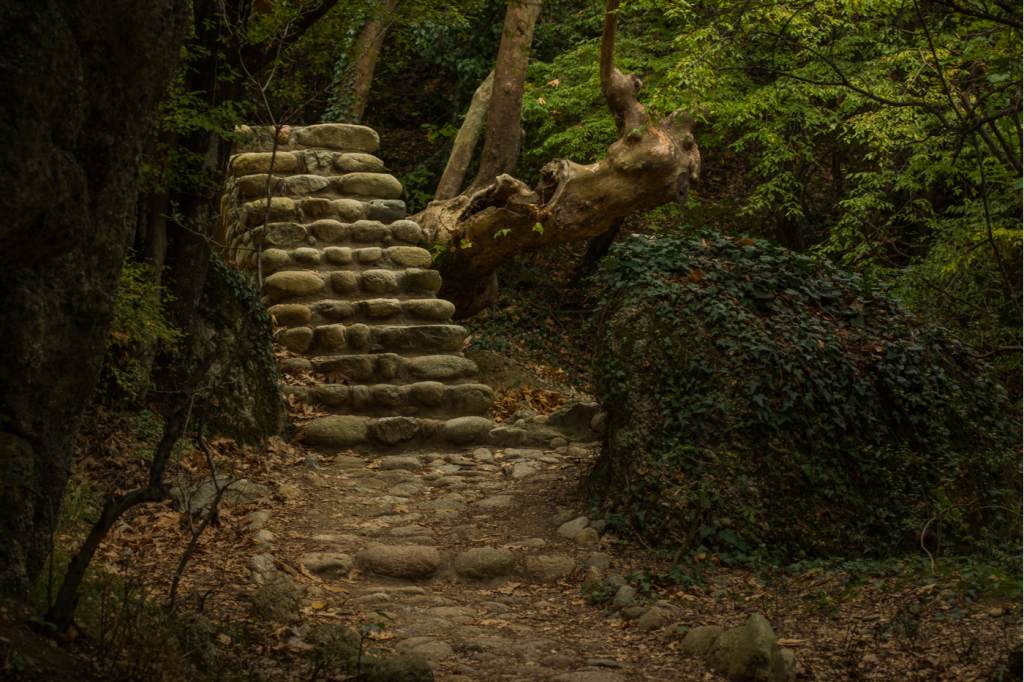 But as stories about these structures went viral on the internet, people started chiming in from other parts of the world, too. Soon, people reported seeing standalone stairs in Brazil, Germany, Portugal, Norway, and the Philippines (via Medium). As users continued to add their anecdotes, other themes soon emerged.

For example, some people claim to have come across meticulously kept gravesites near stairs. And many individuals point out that the stairs are buried deeply in the woods up to 40 miles away from anything resembling civilization.

How the Legend Got Started

At this point, you may be wondering how the whole staircase to nowhere conversation started in the first place. And at first glance, the user who launched interest in this subject represents themself as legit. The Reddit user went by the name searchandrescuewoods and claimed to be an American member of a Search and Rescue (SAR) unit.

According to searchandrescuewoods, running into these structures in heavily vegetated areas proves so common that most SAR employees don’t even talk about it. As the user explained, “On just about every case where we’re really far into the wilderness, I’m talking 30 or 40 miles, at some point we’ll find a staircase in the middle of the woods. It’s almost like if you took the stairs in your house, cut them out, and put them in the forest.” 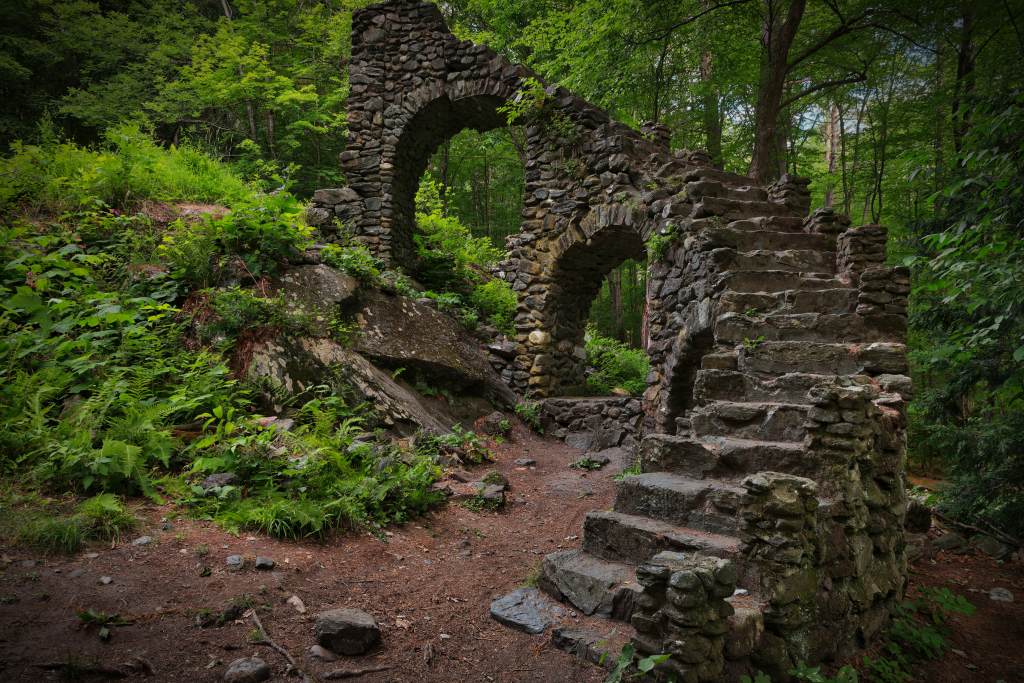 Searchandrescuewoods confessed an initial fascination with such unexplained structures that got squashed by other team members. According to this user, other SAR employees said the staircases were commonplace and nothing to worry about. That said, they also provided a little contradictory information, strongly warning searchandrescuewoods to never go near any of these structures

If you think all of this sounds a bit like a creepypasta, you’re not alone. Some people have asserted that these stories are little more than attempts at horror. But others have continued adding to them, claiming to have seen similar things in forests globally.

For example, one Reddit user, TK622, posted a photo of one of these alleged structures, which he claims rests in a German forest clearing. And the stories have transcended Reddit, making their way onto other popular social media platforms like TikTok. Jessii Vee, a TikToker with a following of 4.7 million, posted a video in August 2021 warning people to never go near such structures.

Where Some Say the Staircases Go

People have come up with many theories about the function of these stairs. Some think they represent historic buildings constructed by early settlers. They claim these structures would’ve likely been crafted from impermanent materials such as wood that would have rotted over time, leaving no traces except for the stone staircases. But others have put forth far more sinister functions. They claim the staircases permit people to access portals or even hell. Some say this is why so many hikers vanish in national parks without ever being found.

Whatever the case may be, it’s worth noting that there is a dearth of photographic evidence supporting the existence of these structures. While images do turn up now and again, most of the evidence comes from anecdotes. Coupled with the fact the stories were published on Reddit’s /r/nosleep forum, they should be taken with a grain of salt.

After all, this forum encourages users to post “horror stories that are framed as scary personal experiences,” which may explain the high number of words without any photographic evidence. In other words, if you’re out in the woods and happen upon a staircase to nowhere, drop the pen and paper and start snapping photos!